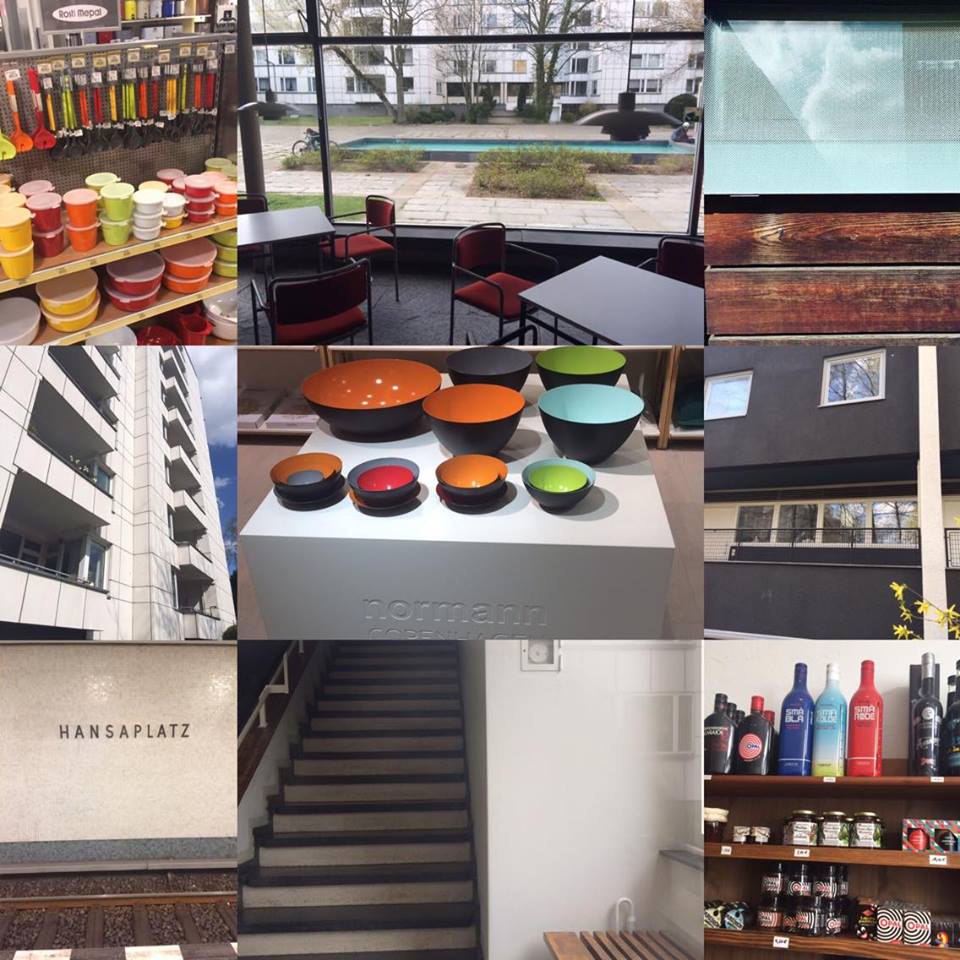 Recently I went on a cultural exchange trip to Berlin with University, funded by DAAD. Whilst there I noticed the Nordic influence on the city. Whether it’s my Scandi-obsessed mind I don’t know, but I found many influences from the Northern lands on the German Capital. 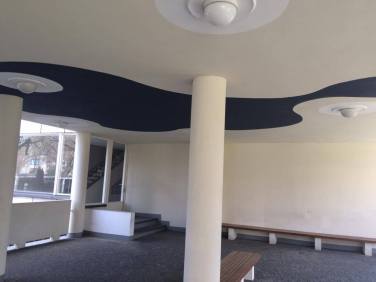 It is possible to see the Nordic influence within Berlin,with some of its architectural destinations.

The Hansaviertel complex, near the Tiergarten has some of the best examples of mid 20th century architecture in the country, Interbau, a competition devised in 1957, for the world’s best architects to come up with a building each, within the complex. Here, you’ll find buildings from the Scandinavian masters of functionalism; Alvar Aalto, Arne Jacobsen and Kay Fisker, along with other international tour-de-forces such as Oscar Niemeyer, Le Corbusier and the famous Bauhaus school founder, Walter Gropius. In recent years, they have uncovered- and restored, a mural on the pavilion of the Aalto building. This mural, is a wave of sinuous, organic lines, that references his famous piece of design, the Savoy vase- now produced by Iittala.

Built in 1999, the Nordic Embassies in Berlin house all the diplomatic buildings of the Nordic countries, shoulder to shoulder. Devised by architects Alfred Berger and Tina Parkkinen, the embassies,- all designed by teams of different architects have been arranged geographically, each one reflecting the qualities of each nation. For instance the use of Milk glass in the Norwegian Embassy, references the glaciers of the Norwegian landscape. The Swedish and Danish Embassies proudly display the materials of their homelands, with the Swedish Embassy using white Gotland limestone, and the Danish Embassy highlighting its use of warm wood, and contrasting cold steel- its trademark materials, made famous internationally. The Icelandic Embassy, features a floor, paved with large lava tiles, which are illuminated below with a red light- giving the impression of the stark, volcanic landscape of the country. The Finnish Embassy, even includes two saunas- a nod to the compulsory national past-time of Finnish life. At the heart of the building complex is the Felleshus, or the Pan Nordic Building- which combines a space for exhibition, conference rooms, canteen, auditoriums- for all of the Embassies- and the general public, too. Using a mixture of Nordic materials, this building, expresses the unity of the Nordic countries.

The Nordic influence on Berlin can even be seen in the most German of all buildings; The Reichstag Building, housing the Bundestag. Along with the amazing architecture of Norman Foster, the Danish architect Per Arnoldi designed the concept of all the doors and the protocol room. 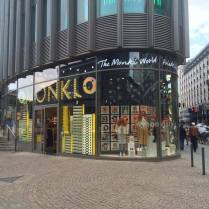 Being a capital, Berlin is a shopping haven. The Scandinavian influence shines no less here, with so many Nordic brands to choose from. If you’re looking for clothes shops, stores such as H&M, COS, ECCO, Monki and Marimekko are for you. Design lover? You’re spoilt for choice with stores such as Scandinavian Objects, Iittala, Bolia and Bo Concept. Not forgetting that the big department store, 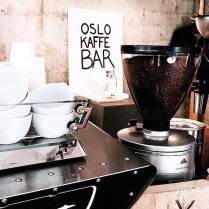 If you’re fed up with currywurst and pommes and looking for something a bit more Northern in flavour, then the restaurant Munch’s Haus on Bülowstraße is worth a shout. Serving up Norwegian traditional fair, with a twist, I’d recommend a visit!

A place that is equally popular in Berlin, as they are in the Nordic countries, is the humble liquorice shop. Loved by Northern Euopeans alike, these small confectionary shops are where you go for your fix of the black gold, or rather salty, black gold- flavoured with Salmiak ( an ammonium salt). In Berlin, Kadó, is where you go. An institution for 18 years, they stock a variety of liquorice products, from subtle Italian stuff, to the punchy (and tongue numbing) Icelandic and Finnish liquorice.

Just fancy something light with a coffee? Then look no further than the Oslo Kaffe Bar, at the Nordic Embassies. Wether you’d like to have a ‘kaffee pause’,‘kaffe og kaker’,‘fika’ or ‘kaffee og kage’, the act of having something small, with a coffee (or tea) and an opportunity to catchup with friends is an institution all over Northern Europe. The Oslo Kaffe Bar is a great place to do it too! Sip a well made latte, and eat buttery, cinnamon filled pastries amongst great pieces of design, such as Jacobsen’s iconic Swan chairs. There’s nothing better, I dare you! 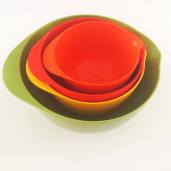 A few more Nordic influenced perusings on this trip:

When the group and I had an opportunity to bake for students at a school, I noticed their cupboards stocked with Rosti Mepal cookware. They seem to be very popular here. Once two brands, Danish Rosti and Dutch Mepal, the companies were combined in 1976. In 1950 the Swedish Sigvard Bernadotte and the Danish Acton Bjørn designed the Margrethe bowl. This stackable mixing bowl, named Margethe after the queen of Denmark, is now in many homes across Northern Europe and Berlin and is a Design classic.

At the U-bahn station in the Gesundbrunnen district, you’ll find a beguiling sight. Osloer Straße isn’t just named after the Norwegian capital, as architect Rainer G. Rümmler designed the station emblazoned with the Norwegian flag, since its conception in 1973.